I can’t say this was actually our first stop on our trip east to Coeur d’Alene, but it’s the first that I have pictures of apparently. This rest stop is about 3 and a half hours outside of Seattle, and is a little more than halfway to our destination in Idaho.

We decided to take 90 all the way out (as opposed to a longer route that would have included Palouse Falls) so that we could spend some time that afternoon in Coeur d’Alene and not feel rushed. 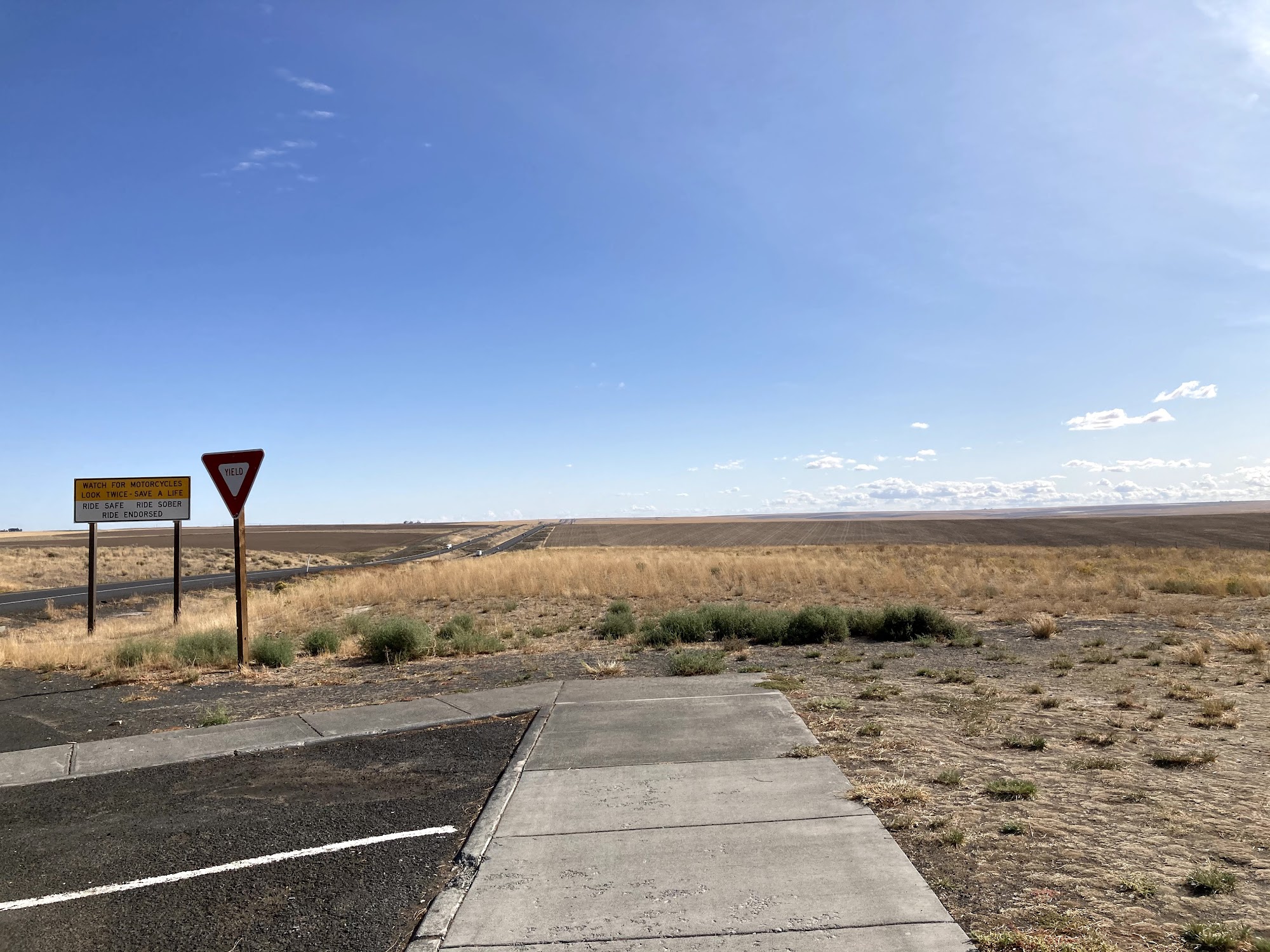 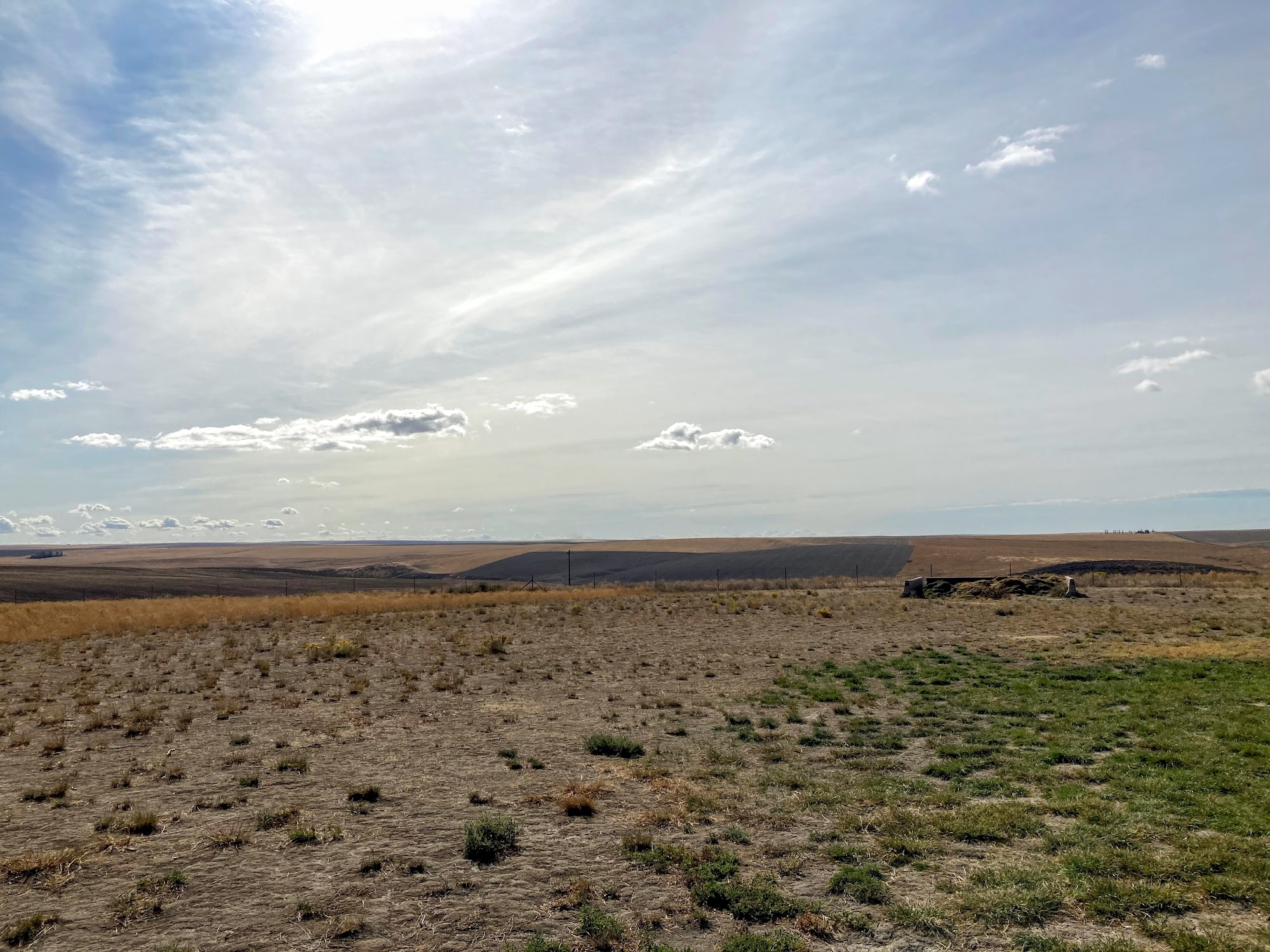 Taking 90 all the way out was a good idea; we got to Spokane around lunch time. We had packed some food so we had a mini picnic on a rock at a park overlooking the city. This was just luck, I was looking on a map and this looked like a park that might have a nice view. It worked out. Also the lesson here was that packing food is ideal. 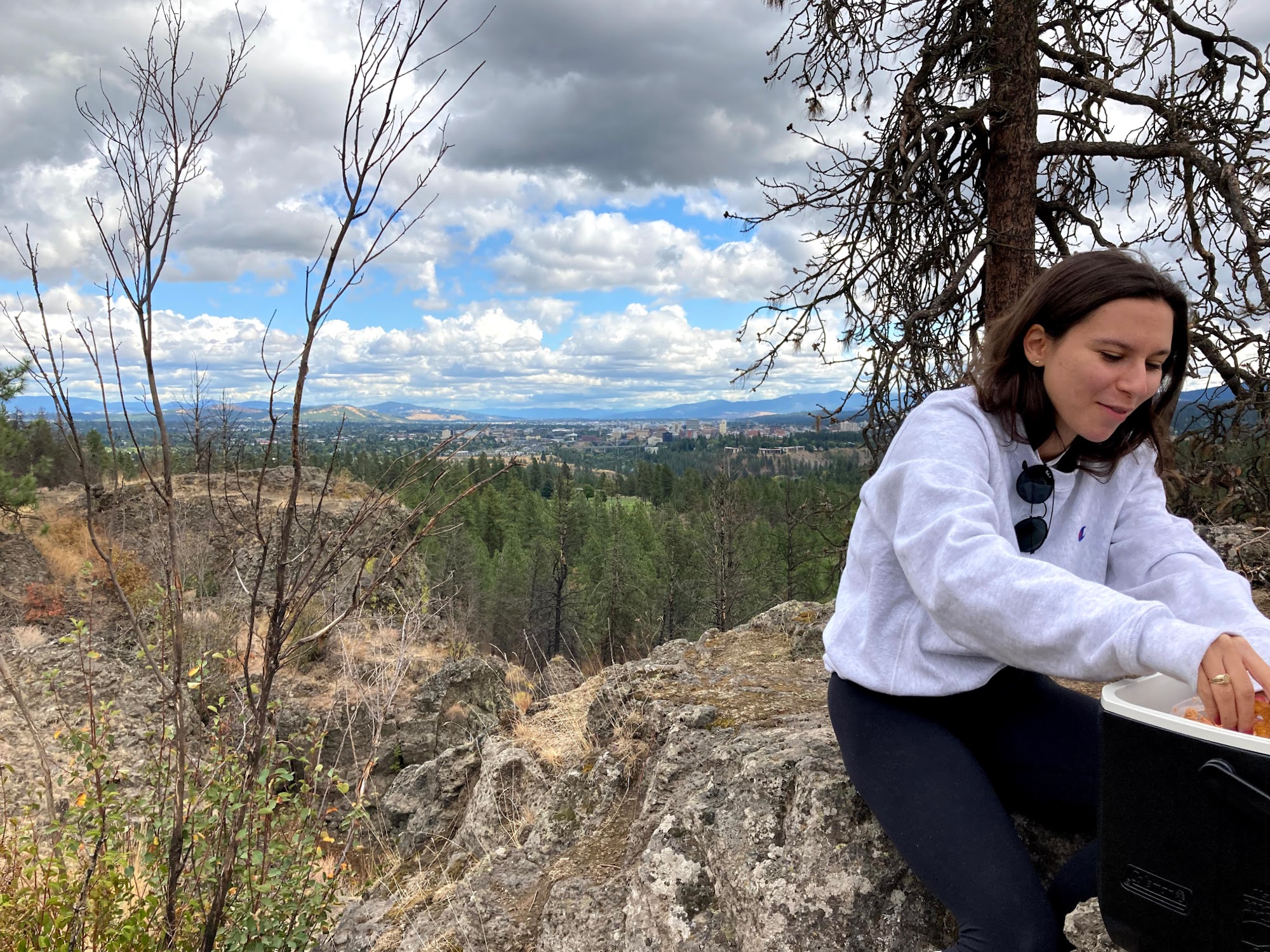 This is not an optical illusion - B is actually the size of a normal person.

Cool little town just between Spokane and Coeur d’Alene, which themselves are only ~20 minutes from each other. There is a set of three dams that have some history related to logging. The best thing about this park (and the whole trip in general, tbh) was just how nice the weather was. It was probably in the mid to low 60s, partly cloudy, just perfect fall weather.

When we were ready to go to Couer d’Alene from here, Bsuggested that we take side streets to get there instead of the highway! Great idea. We came in through the woods along the western side of the lake.

We got to CDA at 2ish. We first went and got coffee from Vault Coffee, and walked around the main street/lake area. Mask discipline was… not as good as Seattle. This became even more apparent when we went to dinner. I don’t have any pictures but you can just use your imagination about what CDA looked like and how many people were wearing masks given the vague and deficient information I have already provided.

Surely we had a good view of the lake, though, right? No, we were in the corner. Also it felt like we were the only ones who came in with masks on. Food was good though.

We went back to the B&B we were staying at, The Roosevelt Inn. We had missed the complimentary glass-of-wine-by-the-fire-hour, but we had enough left on our gift card that we bought a bottle of wine and drank by the fire pit for most of the evening. 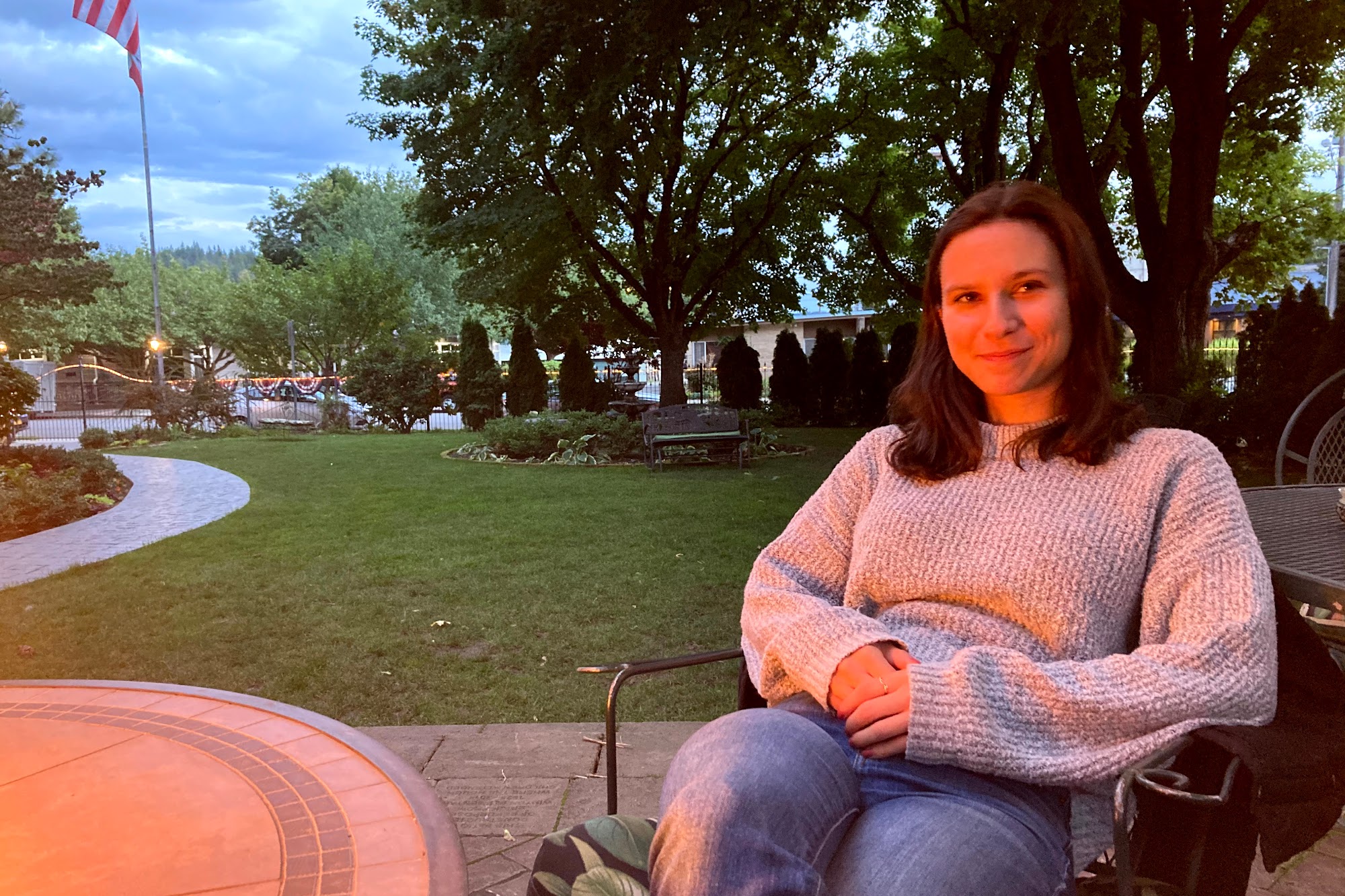 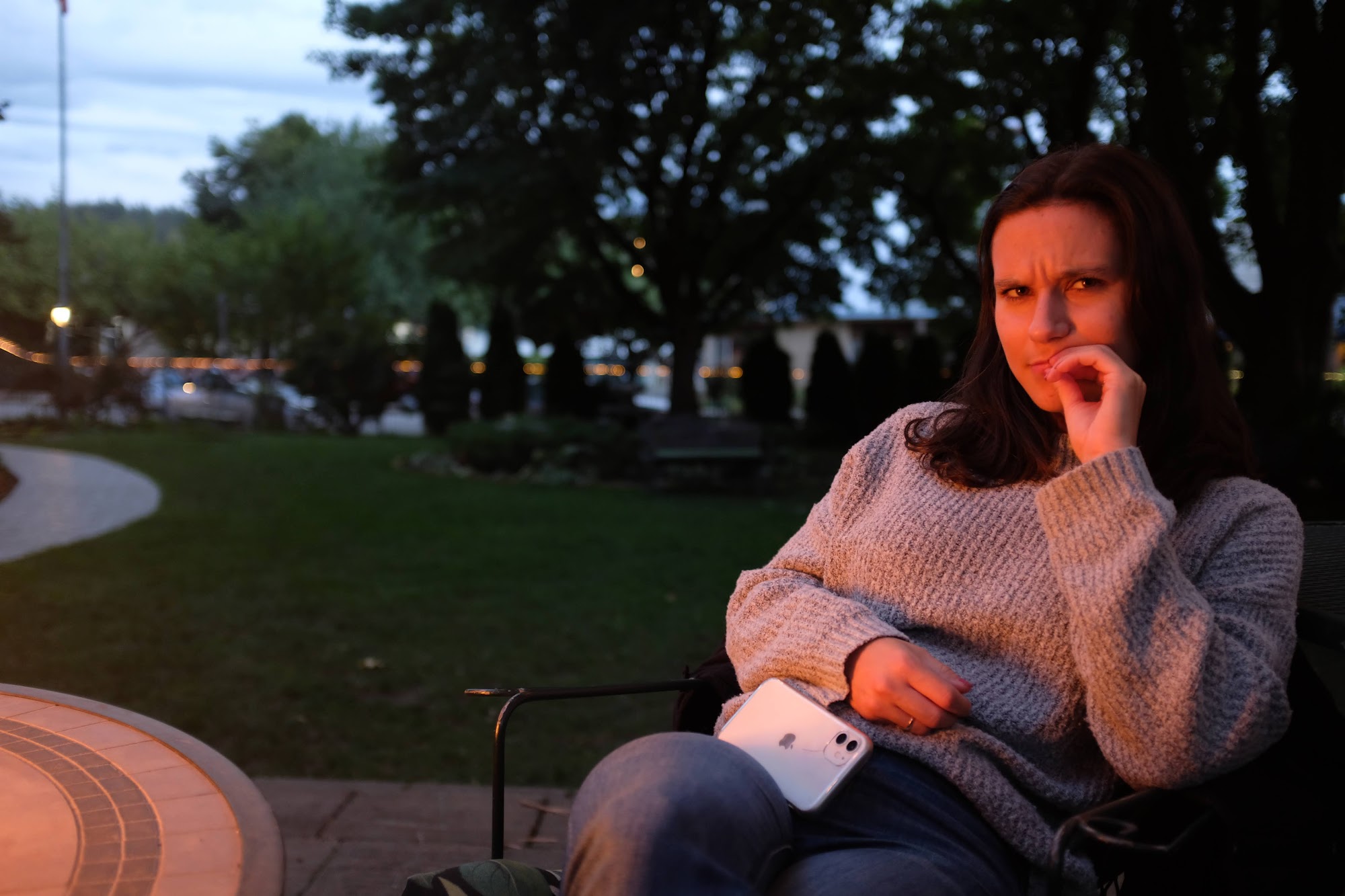 We left the next morning. We went to Coulee Dam via Rt 2. The drive between Spokane and Grand Coulee was nice, a lot of farmland and wheat fields. There was also visible fire damage. 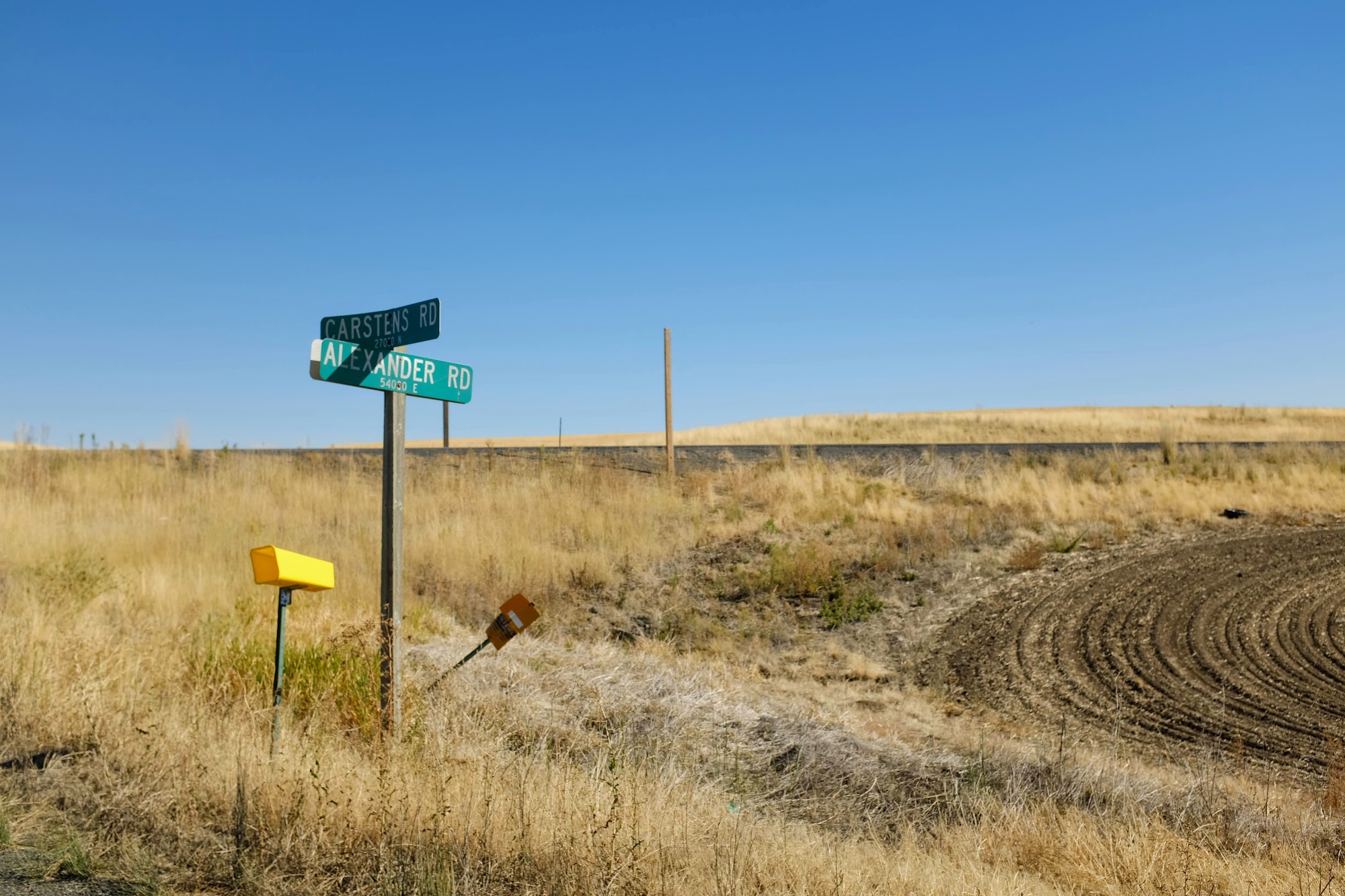 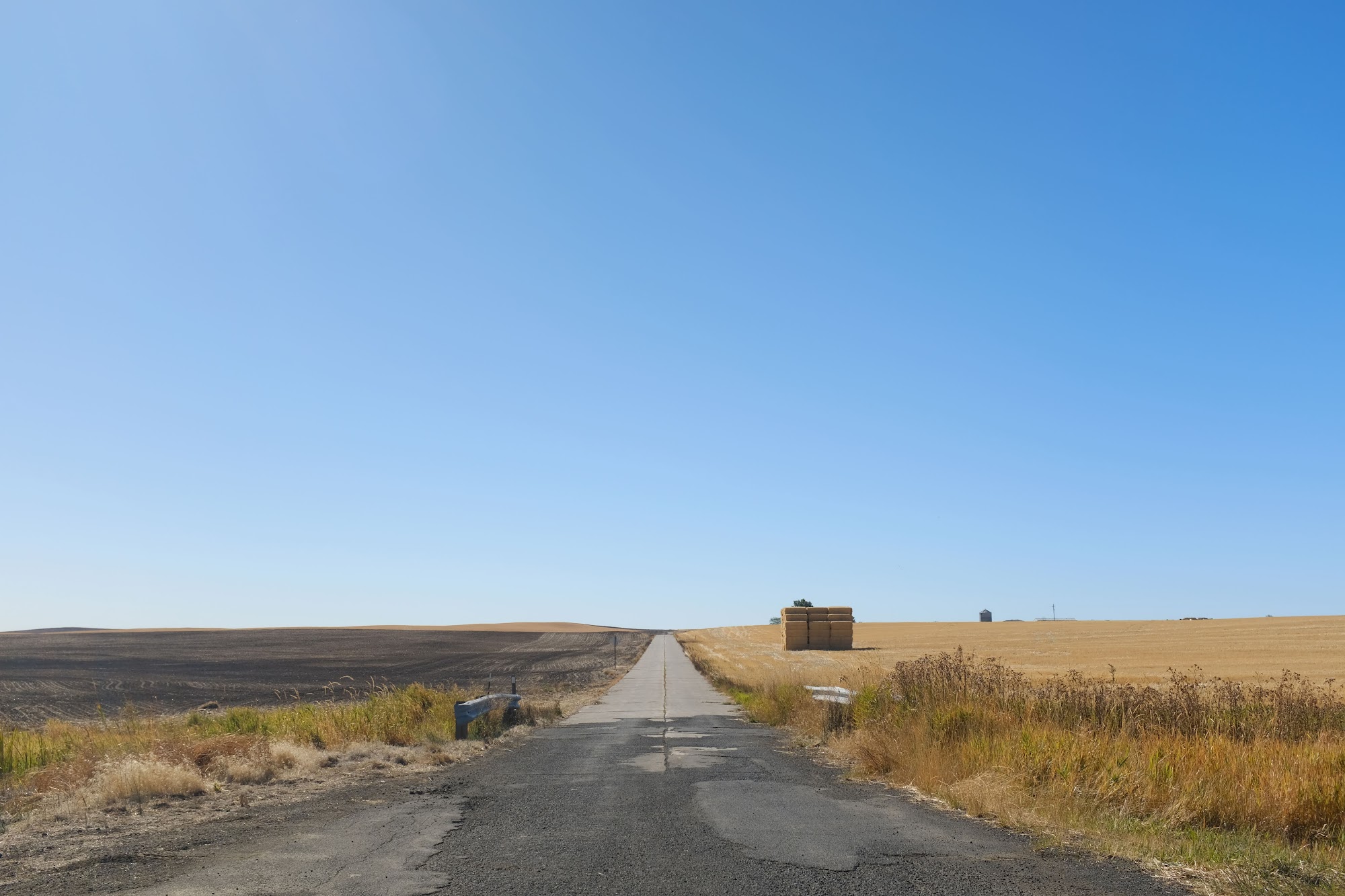 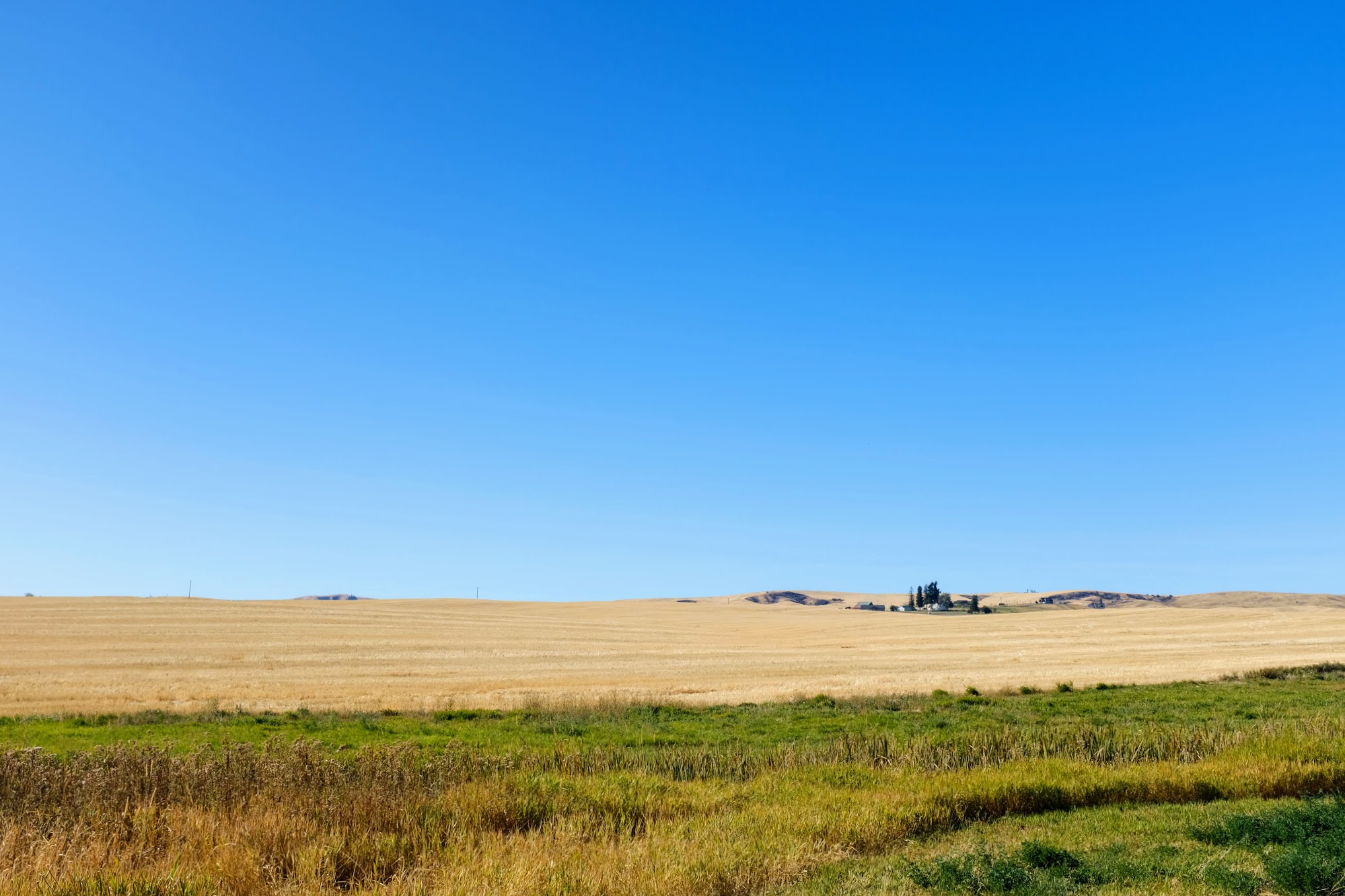 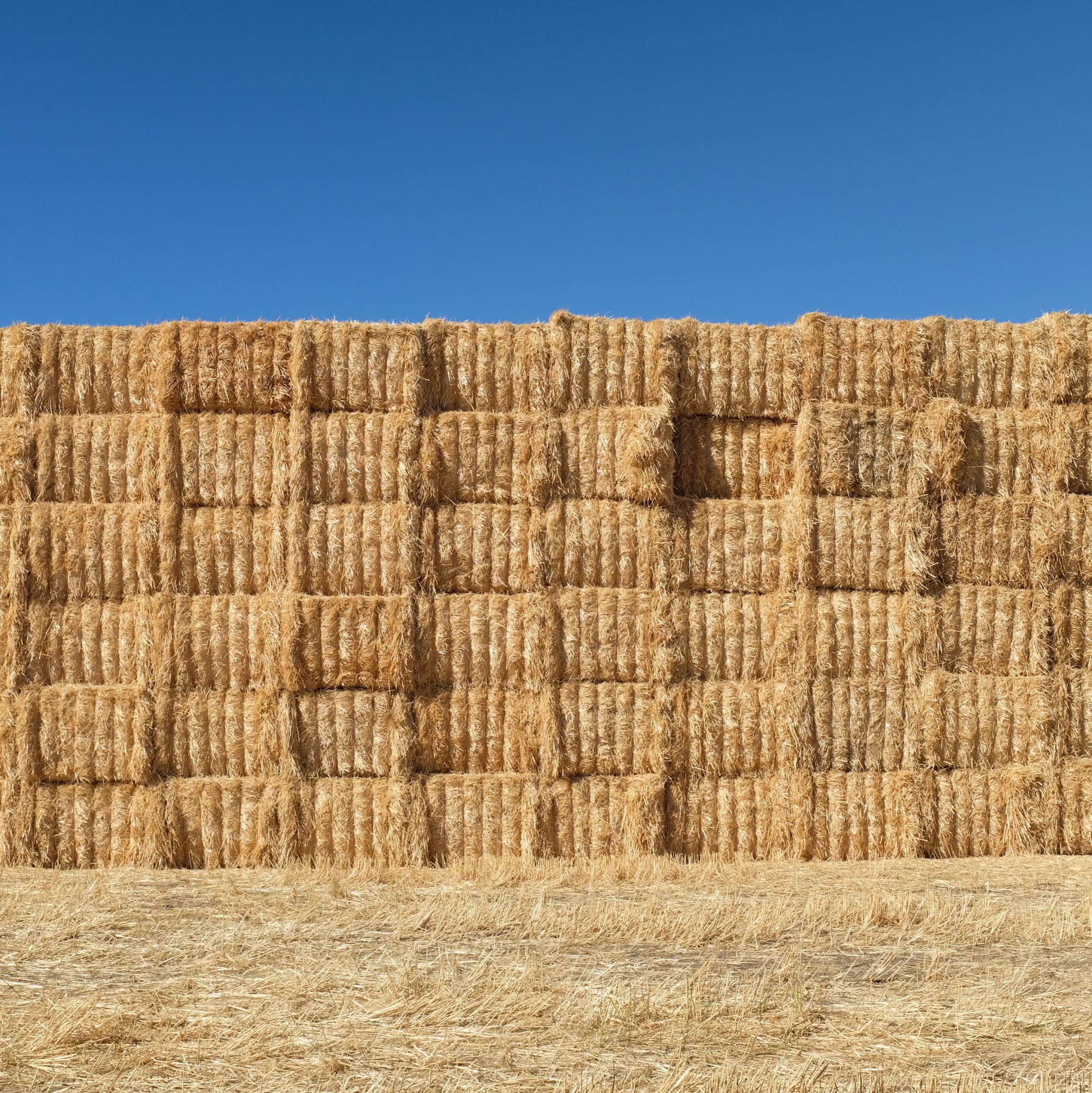 As usual, the scenery was beautiful. We had a little picnic at Coulee Dam (the second dam of the trip, wow) and then finished the drive through the Columbia River Gorge. The Gorge is, quite simply, very cool. 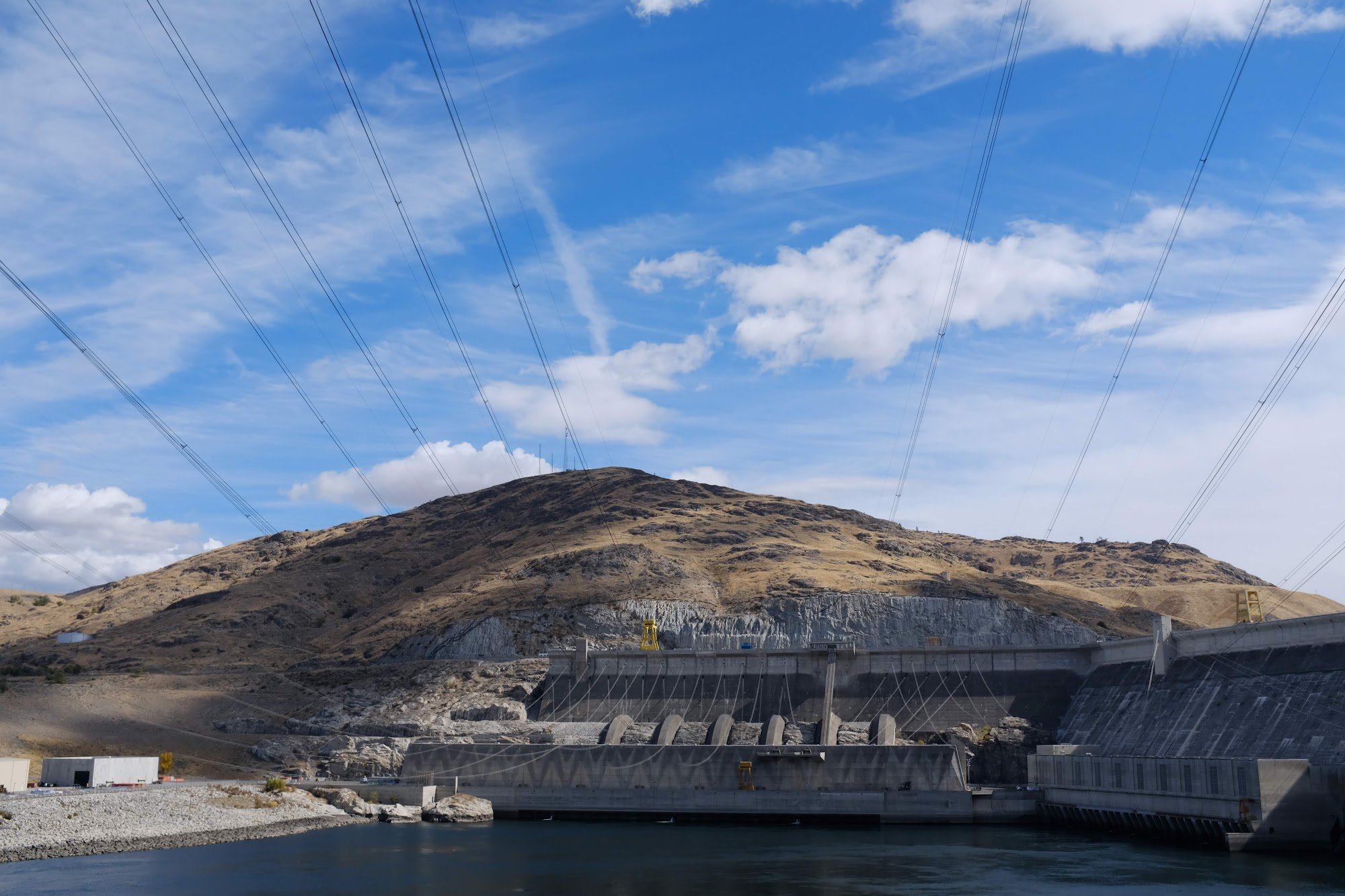 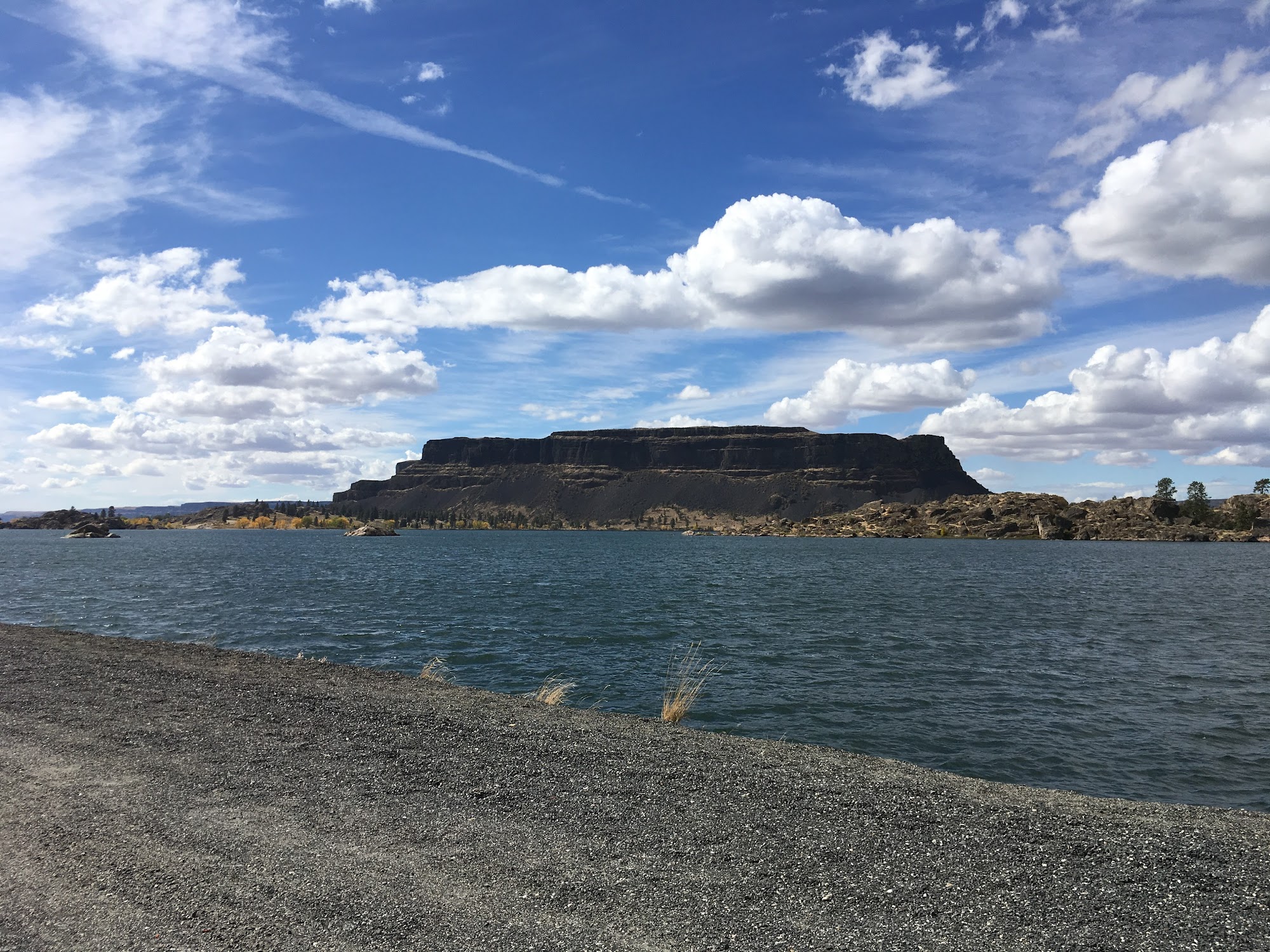 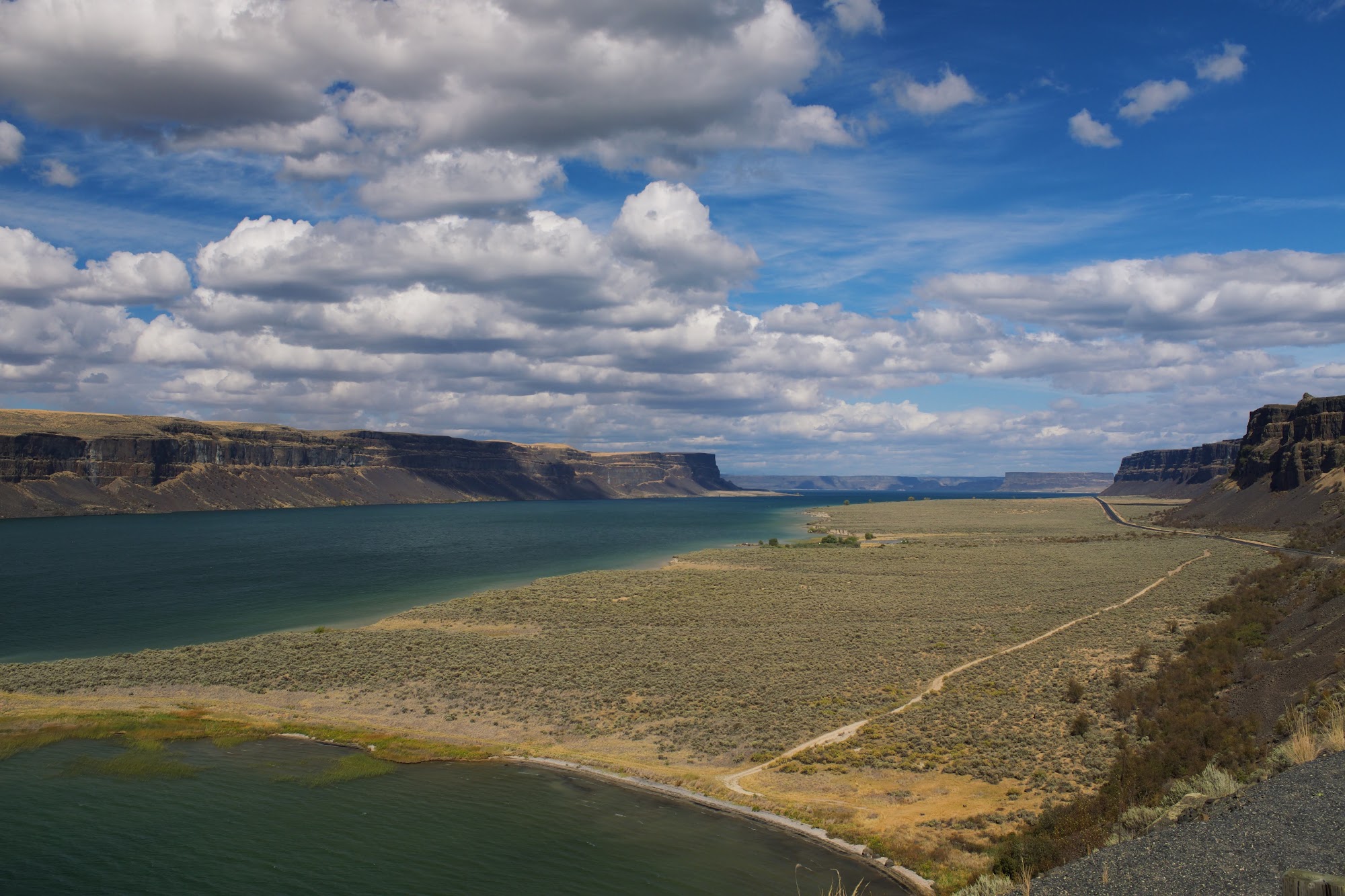 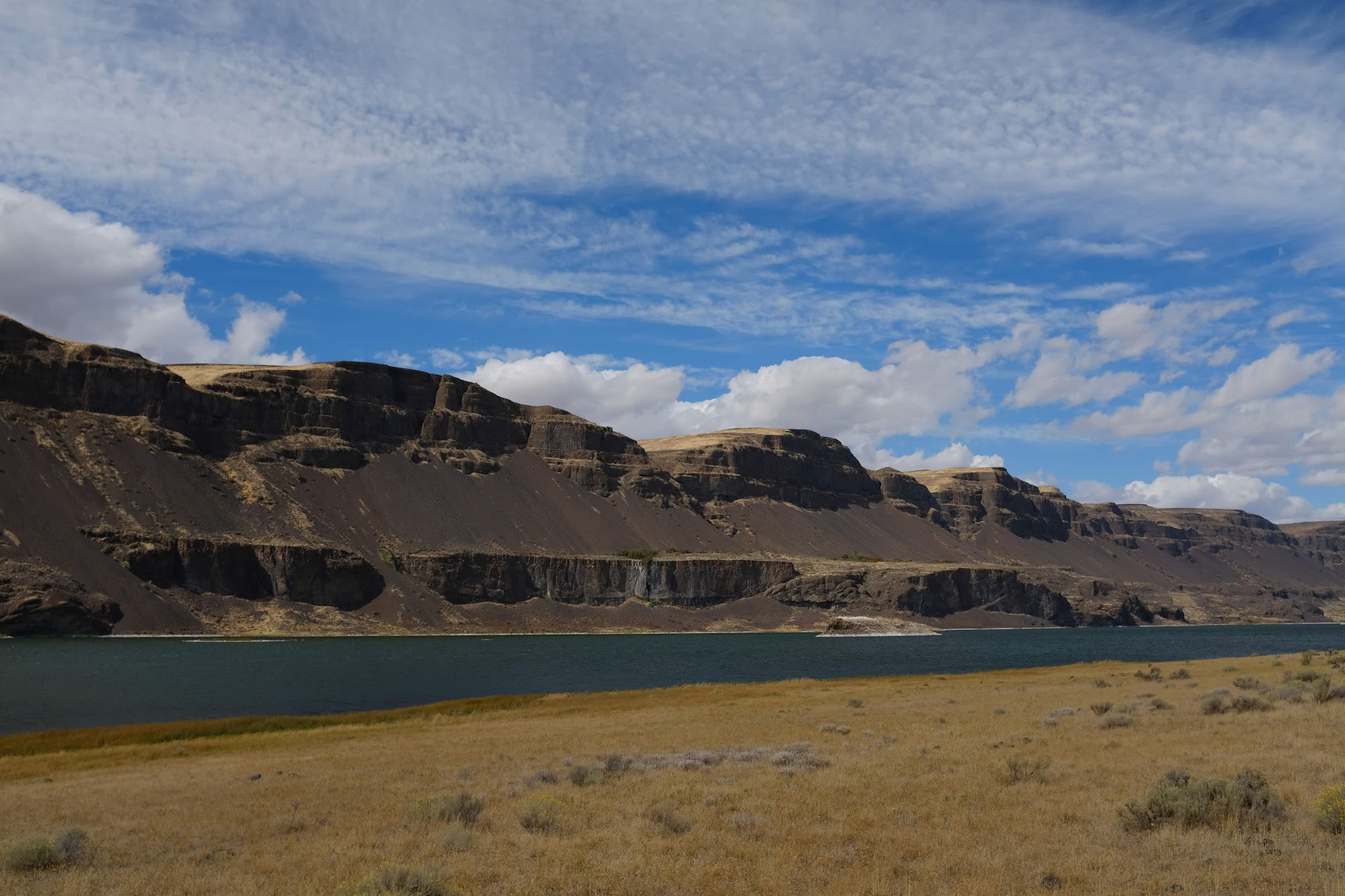 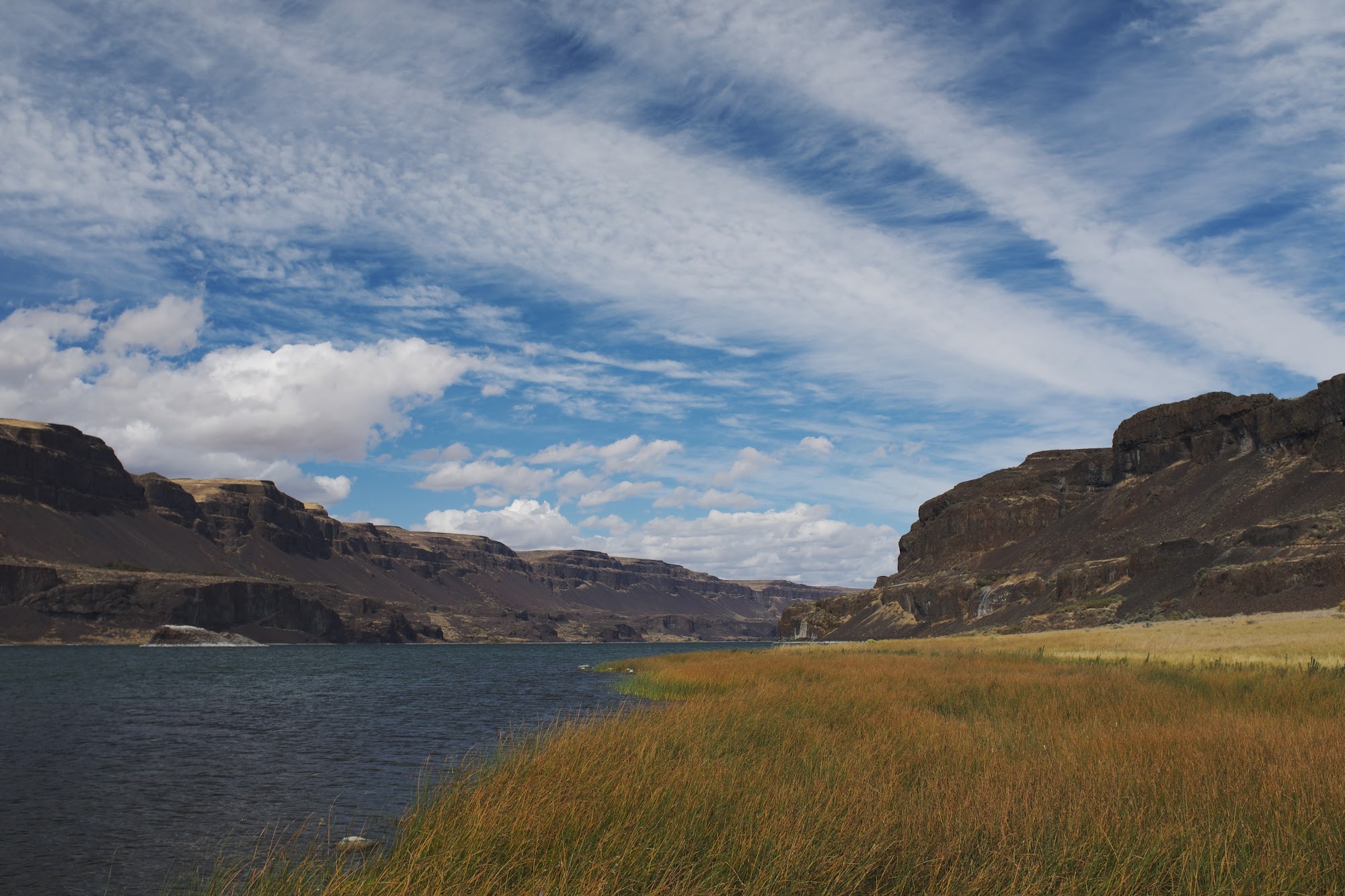